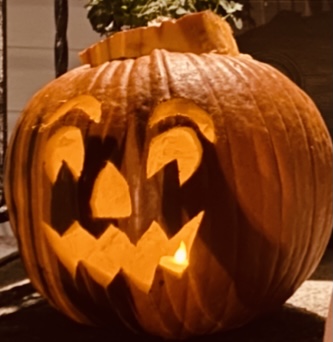 Halloween is right around the corner, and if your favorite time of year is spooky season, here’s a list of the top 10 picks for the best horror movies to watch in the days leading up to, or even on, Halloween. This list has a good mix of scary, funny, and wholesome spooky films to reach every audience.

Corpse Bride is about a man (Victor) who’s about to part-take in an arranged marriage with a woman (Victoria). They have somewhat of a liking towards each other, but Victor shows a lot of nerves about the situation. He goes to the forest to practice his vows, and the corpse of a past bride, Emily, reaches up and pulls him to the Underworld. All Emily seeks is love, and she believes she married Victor, but Victor feels differently. Victor races to get back to the real world before the villain of the movie marries Victoria.

This movie shows the ins and outs of another great Tim Burton film. It definitely tugs at the heart chords, but overall it’s a great Halloween movie to watch, especially if you don’t like the scary ones.

2. Scream (The whole series except the last one)

Scream is the story of a high school girl being haunted by her past, while the murder of her mother is being repeated on other high school students. The movie follows Sydney, fighting the past trauma, while on the lookout for a serial killer that wears a ghostface mask.

I highly recommend this series, even though all the movies are similar. They each have their own twist and spin about them. It’s not too scary, but maybe a little gory so beware of that.

Hocus Pocus is a family favorite time and time again, due to its lightheartedness and comedy. It’s the story of a boy and his sister who move to Salem, and decide to check out an abandoned house with a friend, which leads to the accidental liberation of a coven of evil witches. The whole movie surrounds them trying to race to search for their spell book in order to stop the witches from turning immortal and reeking havoc forever.

This movie is fun for the whole family, and will truly have you laughing the whole time. It’s a nice movie to watch if you’re not looking for a scare, and you like the story of witches and magic.

This classic Stephen King adaptation will have your eyes glued to the screen waiting for what horrors will come next. The movie is about a group of kids in a small town in Maine, trying to do everything they can to kill this evil entity that takes the form of a circus clown.

If you want less of a scare but still want to watch this amazing movie, watch the original film from 1990, the effects and makeup are not as up to date. And if you enjoy the first movie from 2017, the sequel, It: Chapter 2, continues with the group continuing to battle their inner Pennywise, as well as the real Pennywise, in their adult years.

Based on a true story, The Conjuring follows Ed and Lorraine Warren (demonologists and paranormal investigators) on their journey to help a family of 7 who have just moved into a house, very secluded, and very haunted.

This is definitely one of the scarier movies on the list, and if you dare, there’s two more in this trilogy. As well as the whole franchise of other movies, like Insidious, and Annabelle.

Stephen King does it again. The Shining is full of sinister twists and turns and keeps you up all night. It’s about a writer (Jack) who becomes a caretaker of a hotel in its off season. He brings along his wife (Wendy) and young son (Danny), who has psychic premonitions. As Danny’s foreseeings gets worse, Jack discovers secrets about the hotel, and becomes homicidal.

Although it’s a little hard to understand if you don’t pay attention, it’s definitely worth the watch and will constantly surprise you.

This classic is all about a young couple who tragically dies in a car accident and are stuck in their house as spirits. When a disruptive and obnoxious family moves in, the young couple tries everything to scare them away, but there’s one problem: no one can see them except the family’s teenage daughter. The couple seeks the help of Beetlejuice, but he ends up causing more harm than good.

Beetlejuice will keep you on your toes, and the weirdness of the movie makes it such an appropriate movie for this time of year. This is definitely a lighter one on the list.

Ghostbusters is another family favorite about a team of scientists that lose their nicely paying jobs in New York City, and decide to be “ghost busters.” When they discover a portal to another dimension where evil spirits will continue to release, they must rush to save NYC.

As a personal favorite, Ghostbusters is one of my all-time favorites on my spooky list. It has everyone that watches in stitches, and should make your Halloween marathon.

Tim Curry takes on the role of Dr. Frank-N-Furter, in this campy musical. The story is about newly engaged Brad and Janet as their car breaks down and they seek hospitality from a castle through the dark and stormy night. In the house, they meet a handful of crazy characters, and a man that Dr. Frank-N-Furter has created in his lab.

As one of my favorite musicals, it fits in on this list, not because it’s scary but because of its history. Since its release, a specific theater in NYC puts on showings at midnight of this classic and its incredible and large fanbase shows up dressed as their favorite characters to watch, sing-along, and dance in the rows and aisles.

This addition to the Tim Burton films on this list is about a scientist who crafts a human being, but dies before completing it. This leaves him with scissors for hands. A cosmetics saleswoman brings him home to take care of him, and her teenage daughter falls in love with him.

This movie is really cute and shows how you can be the nicest person but still be viewed as an outcast due to your appearance. It’s not that scary if you can get past the whole scissors-for-hands thing.

Some honorable mentions include Coraline, Annabelle, A Nightmare on Elm Street, Halloweentown, It’s the Great Pumpkin, Charlie Brown, Truth or Dare, and The Exorcist.