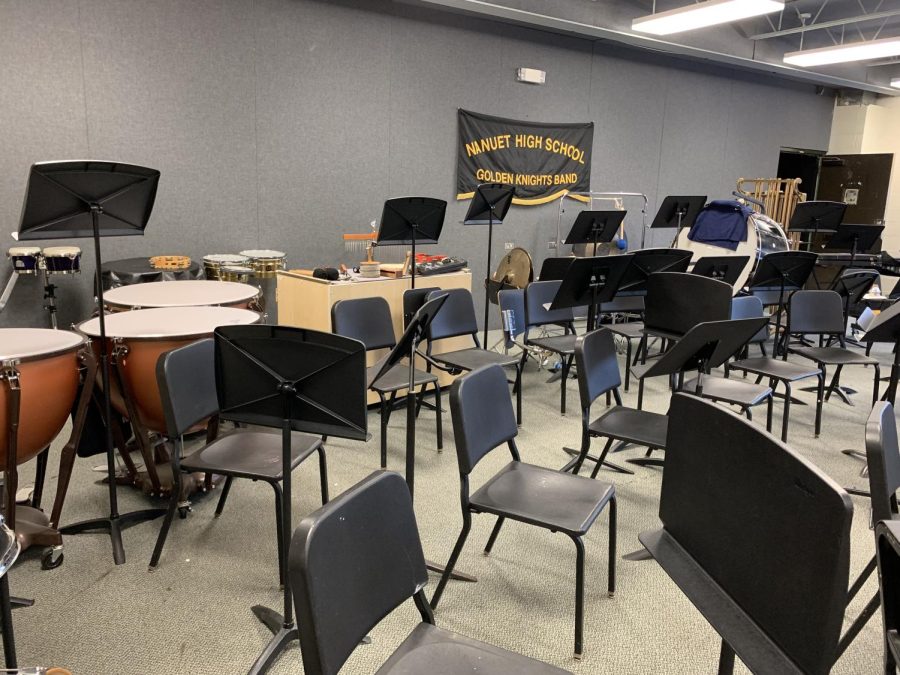 Nanuet High School’s musical ensembles performed for the community at the Winter Concert on December 14th. The band, orchestra, and chorus exhibited the work they have been preparing since September. While certain safety precautions were put in place due to the pandemic, the three ensembles were still able to perform for an audience for the first time since early 2020.

In contrast to the High School’s winter concerts in previous years, this year, the performances were separated into three smaller concerts, according to Dr. Skaba, Director of Music. This served to limit the number of people in the auditorium.

“Because we are limited by the capacity of the auditorium due to COVID safety protocols, we ran three concerts in a row,” he said. “The audience came in to see just one group.”

This precautionary measure was ultimately necessary and fitting; however it disallowed the audience to stay for the duration of the performance and enjoy all three ensembles, which was the norm in previous years, Dr. Skaba added.

“Normally we would have everyone in at once to watch the entire concert,” he noted. “But unfortunately we do not have enough seats to accommodate that this year.”

In addition to the limited auditorium capacity, students in the band wore modified masks while playing, and members of each ensemble remained socially distanced on stage.

Despite these differences in this year’s concert, the three ensembles adapted to the circumstances and effectively prepared for the long-awaited performance, Dr. Skaba said. This was no easy task, but it was overcome well.

“It takes a lot of work to prepare music for a concert,” he said. “While the concert itself was organized a little differently, there wasn’t anything different about preparing for the concert. It’s still music! The ensembles practice together, in small groups, and individually.”

The concert was a success, according to junior Nashita Anis, a member of the orchestra, who was glad to return to performing for an audience.

“When I first heard that there was a winter concert, it almost felt like things were getting back to normal,” she said. “I mean, sure this year was far from [normal,] but it was nice that [we were] able to perform at a concert again.”