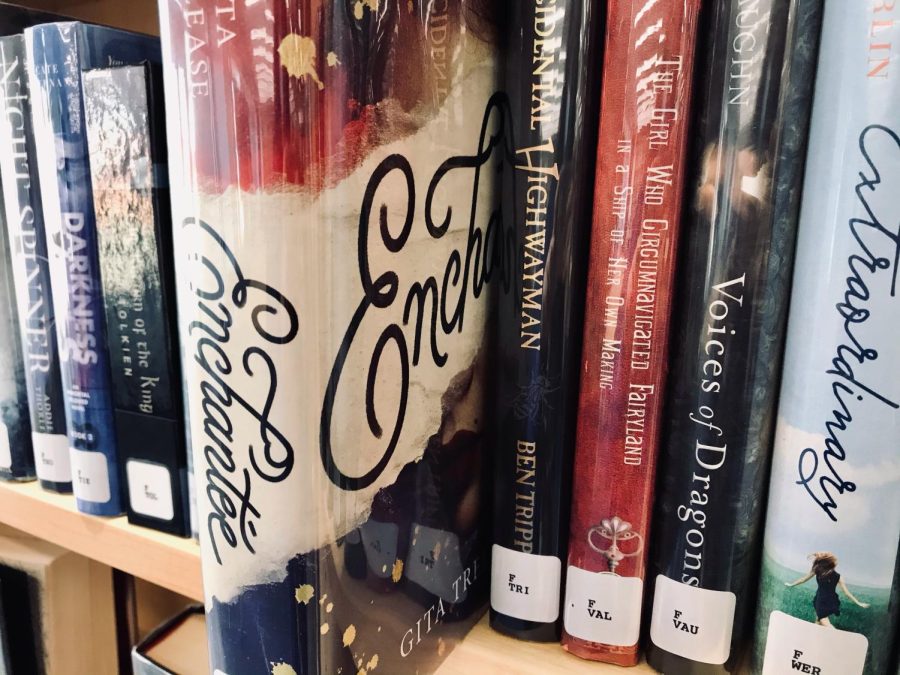 For many people, reading can serve as a break from reality— fantasy and historical fiction are some of the best examples of this.

Enchantée, a novel by Gita Trelease, is set in Paris, France prior to the Revolution of 1789. It follows a 17-year-old girl, Camille Durbonne, who had just lost her parents while facing the possibility of irreversible poverty. However, Camille possesses the ability of la magie from her mother, and is able to briefly turn worthless scraps of metal into coins. Later, with the encouragement of her sister and an enchanted dress from an ancestor, Camille decides to disguise herself as a noble in order to access the wealth found at Versailles.

Camille’s character and the way her relationship plays out with her family (both alive and deceased) and friends is quite realistic. Her concern for her younger sister and memories of her parents drive her forward towards her goal of a better life for herself, as well as for others downtrodden in society. She is not above selfishness at times, but is able to realize her mistakes before it is too late. Similarly, the way she eventually makes friends with members of the nobility, who she had originally regarded with complete dislike, shows that she is able to look past a purely idealistic revolutionary view and see humanity, and even love, on both sides.

The imagery describing the glamorous beauty of Versailles is incredibly effective, especially when placed in contrast to those of the rough streets of Paris. Even under the (literal) enchantment of Versailles, the reader is still able to sense that it is truly “gilded”—  only an illusion of perfection in the midst of a struggling nation. Above it all, Camille experiences the “truest” freedom when she and her newfound friends fly above in the open air in a hot air balloon, above the constraints of the still-divided society they live in.

Additionally, there were enjoyable references to many real events that occurred at the beginning of the French Revolution, such as the Tennis Court Oath and the storming of the Bastille. The main characters even refer to several real historical figures, such as Lafayette and Madame de Staël. I appreciate that these historical figures were not romanticized or portrayed as completely sympathetic to those less fortunate than them, since that gives it a further sense of realism despite the fantastical elements.

Despite seeing that there is kindness to be found in the privileged nobility, Camille still retains a revolutionary spirit by the end of the story. Hoping to continue her deceased father’s legacy of printing revolutionary pamphlets which had caused his own downfall, she ultimately decides to be involved in printing even when she no longer would have to rely on it for a living. After all, despite the compassion of some of the nobility, she had still witnessed some of the greatest cruelty of their greed firsthand.