The Knight Times • May 5, 2022 • https://nanuetknighttimes.org/editorials/2022/05/05/reexamining-our-historical-lens-one-students-call-to-incorporate-more-perspectives/ 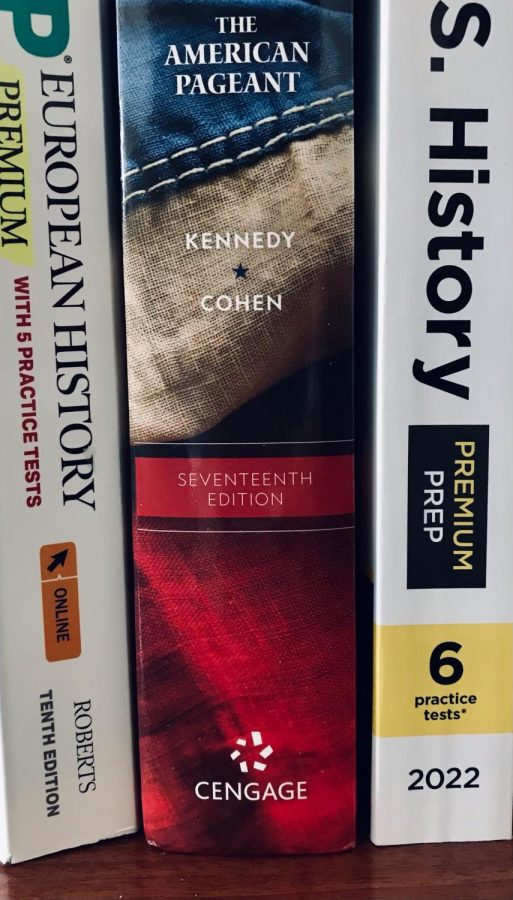 To an average American student, the word “history” brings up specific images– the American Revolution and the Founding Fathers, the Civil War, the two world wars, or perhaps ruins from an ancient civilization. But, more often than not, “history” is seen as something that only stuffy, pretentious old men contribute to or study. In reality, history should be seen as the sum of all human experiences over time. To study history is to become more understanding of other people (both past and present) and to prevent the same large-scale mistakes in society from happening again. However, the way that history is often taught in schools holds numerous problems that prevent students from fully grasping its importance.

Especially in earlier time periods (particularly ancient civilizations or the Early Modern Era), primary sources are not as utilized in a classroom setting. Those who lived in those times are reduced only to nebulous generalizations, and that sense of distance might discourage students from diving deeper unless some other factor appeals to them, such as mythology or art. Even despite my own interest in history, I have found it rather difficult to connect as deeply to ancient civilizations compared to those in the last two centuries, solely because ancient civilizations are being taught in a more impersonal way. That hardly gives justice to the groups of people who built the foundations of language, art, and technology as a whole. Even more, modern people forget that people who lived and died thousands of years ago held the same desires and ambitions as we do now.

While the events, laws, and concepts of any given time period are certainly important, it can often be hard to empathize with individuals from the past. For many, war history appeals to them– but in a way that feels more like a strategy game rather than understanding the impact it had on individuals. The desensitization of people to the actual destruction and tragedy of war can lead to present conflicts being encouraged, despite everyone “knowing” that world peace is the most desirable. Too often, war casualties are just brushed off as a number, rather than the tragic loss of thousands, or even millions, of individual lives, and the effect it had on real people– real people, like us now. Even more neglected is the portrayal of civilian, rather than military, bravery, from the women who made war economies run, resistance efforts against the Nazis in WWII, or citizens who hid and aided the escape of Jewish people during the Holocaust.

Finally, consider the historical images mentioned in the opening. What seems to be missing? Currently, well over half of the human population lives in the continent of Asia, but as shown countless times from the classroom to the working world, non-Western history is severely neglected by popular narratives. How often have you seen an entire two shelves in a bookstore dedicated to American history, and “everything else” put in one place? CollegeBoard’s Advanced Placement tests cover European, American, or “World” history, but there has yet to be an “AP Asian History” or “AP Middle Eastern History.”

There has always been the tendency to view history through a Eurocentric lens, but expanding the scope of history into the global East or South can help close the perceived distance between “us” and “them.” For instance, as Americans, we are able to connect over the shared history of the Founding Fathers (no matter how true or exaggerated their personal anecdotes may be), but by regarding the historical figures of people belonging the “other” group with the same amount of humanity and depth, it also allows us to see those living thousands of miles away as equally human, with their own stories and heroes.

Most of us are what would be considered “average” citizens in the country we live in, but surely, we would all like to be remembered by posterity in some way. In a hundred or a thousand years from now, we would be in the same position as those who lived in Victorian England or in Ancient Athens. Wouldn’t you want some of your own humanity to last through the ages and reach future generations? Surely, the people from those times would have wished the same.