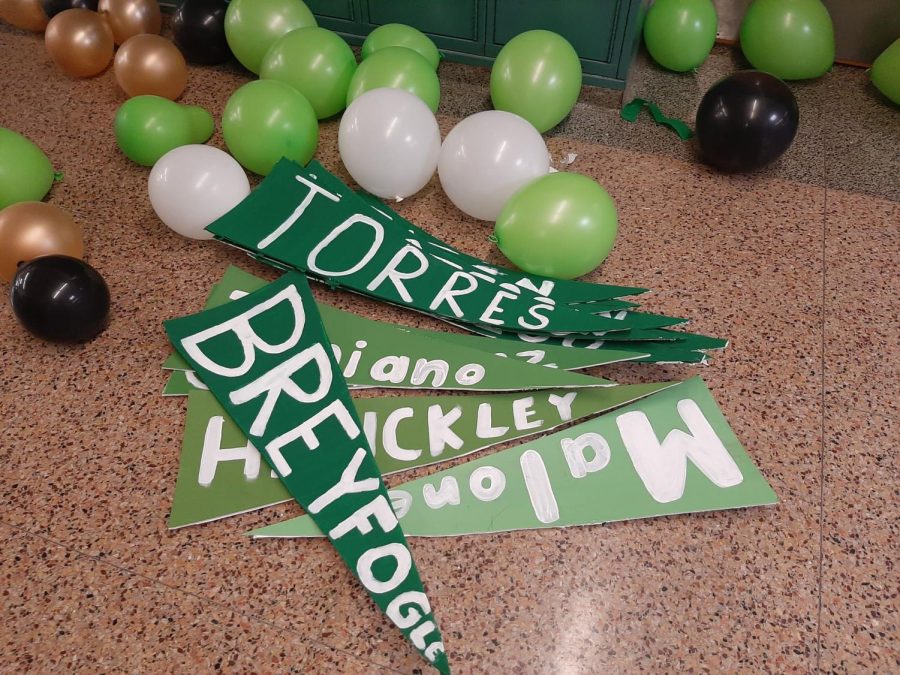 Spirit Week is a long-awaited event each year at Nanuet High School. While it may have been somewhat different this year, many things remained the same, and it was still enjoyable for many of the Famous Freshmen, Super Bowl Sophomores, Jackhammer Juniors, and Sub-Zero Seniors.

This year’s Spirit Week was very similar to that of last year, as it included the academic competition and featured special dresswear designated for certain days. A volleyball competition also took place, along with the annual hallway decorating contest.

Monday was designated “Jeans for Genes Day,” which consisted of students and staff wearing denim clothing, and monetary contributions were donated to genetic illness research. The academic competition was also held on Monday with the Seniors emerging victorious.

The academic competition, which was live-streamed from school on YouTube, was the best part of the week for some. It was quite fun for those involved, according to Junior Anum Yunus.

“My favorite part of Spirit Week was the academic competition,” she said. “It was entertaining and [collaborating with] some of my peers proved to be a [valuable] experience.”

On Tuesday, it was America Day, which featured students dressing in red, white, and blue. The process of decorating each class’ hallway also began in the afternoon.

Decorating the hallways is a valued component of Spirit Week each year, according to Junior Ashly Ramirez Corado. It is a good opportunity for classmates to collaborate, she added.

“My favorite part of Spirit Week was the hallway decorations,” she explained. “[The decorations] were up for only three days, but it really set the mood for the week. [It was] impressive to see everyone’s effort while walking through the decorated hallways.”

The week concluded with exciting competition and class comradery. Thursday was Black & Gold Day, which encouraged school spirit and Knight pride. The volleyball competition was held Thursday afternoon, and the Juniors experienced a decisive victory.

On Friday, the hallway decorations were adjudicated by faculty members, and team colors and class t-shirts were worn by students.

Overall, it is widely agreed that Spirit Week is an important event at Nanuet, and it is a fruitful experience for students and faculty each year. Spirit Week is vital to the school community, according to Ramirez Corado.

“Spirit week is necessary, [and] I’m glad it wasn’t canceled due to COVID-19,” she said. “Seeing people try their best to win created playful competition between the grades. It was a nice distraction from the pressure of school and after school activities.”